DC's Cyborg And The Castration Of Black Men

I'm waiting for my body to recover sufficiently in numerous ways before I start lifting again. To be honest, however, my interest in lifting is declining in lockstep with my ageing body. I am increasingly stiff and incapable of generating any power. I can barely run or jump at all these days.

I'm a clever black man who is losing his physical prowess and his sexual mojo.

Maybe that's why Cyborg has been on my mind lately.

I'm as excited as any ageing comic fanboy about the upcoming "Batman v Superman" epic. But this movie is going to include Cyborg, and that's a problem for me.

Cyborg is by far DC's most prominent black superhero. It's always bothered me that the black guy had to be the one whose powers stem from being horribly mutilated. But at least the Cyborg of previous DC Universe iterations retained a relatively large amount of his original human body.

Notice the healthy brown skin around his upper torso, shoulders, upper arms. Notice especially how the healthy brown skin of his thighs reach up into his singlet. This suggests that though Cyborg's extremities are artificial, his trunk is intact. His genitals are intact. Even though his limbs were replaced by robot limbs, he could still get it on.

Now look at the Cyborg bereft of his armor in DC's latest canonical continuity, "The New 52":

In case it's not clear, in "The New 52", Cyborg's only organic bits are now about 75% of his head, his neck and upper chest, some vital organs, and his alimentary tract. He no longer has any of his upper arms, thighs, hips, buttocks, testicles or penis.

What started as injury has ended with insult. Disfigurement has been topped with castration.

The thing that really galls me about Cyborg's powers is that they are entirely technologically-based. There is no benefit to his cybernetics over, say, a suit of incredibly advanced armor. You know, like rival Marvel Comics gave to its billionaire inventor, Tony Stark.

But no. Cyborg's "powers" just had to come about through a thorough disfigurement. Unlike the rich, white playboy in Marvel Comics who could remove his tech and then have sex with models, Cyborg had to become a full amputee to get the benefit of tech powers.

In this latest incarnation, he didn't just become incredibly unfuckable; he lost his ability to fuck at all. Cyborg is no longer "just" an amputee. He's now also a eunuch.

Cyborg's civilian identity, by the way, is Victor "Vic" Stone. Victor means "champion" and Stone is also a euphemism for a male gonad. Ironically Vic Stone is now "stone-less." A superhero, a super-champion born by losing his stones.

Troubling Trend Even Before They Took His Testicles

Even before the newest DC Universe castrated their premier black superhuman man, their treatment of him had been problematic. But the treatment seems even more vile when you consider that DC's ultimate hero is an otherworldly and all-powerful messiah figure who is indistinguishable from a human Caucasian male.

In the DC Universe, the ultimate expression of both power and the best in humanity is a blue-eyed white man from outer space (which is apparently full of Caucasians or Caucasian-shaped aliens with funky skin colors). The one black guy who manages to make it on the super-team isn't just a talented mere mortal with tech, like Batman or Marvel's Iron Man; the black guy has lost his limbs, half his head, and in recent years, his dick and balls.

This is actually a pretty interesting notion, and would make for a great story. But it's very telling that they simply made their black guy an amputee and then a eunuch without any apparent awareness of the implications. Like the fact that their almost entirely white male audience probably has a problem with black male sexuality and power. Because white males have historically had an enormous problem with black male sexuality and power.

DC also seems unaware that mutilation and castration have historically been used to torture and dominate, but these things have been used most recently in the U.S. as a way for white slave-owners to terrorize and dominate their rebellious black male slaves.


DC and Marvel are products of their times. Marvel was born in the early 1960s and its progressive bent has always been obvious. DC came to be in the 1930s, a time when the entire West's fascination with eugenics and white supremacy was reaching a crescendo. DC has evolved plenty in that time. They even had the Greek immortal Wonder Woman dating a black man for a while. You really can't get more boldly anti-racist than having your iconic white female superhero happily enduring penetration by a black penis. Yet, even while they let their bastion of white womanhood and power enjoy sex with a black man in one of their previous main story universes, they added castration to the list of indignities their most prominent black male hero had to endure in the latest one.

No matter what positive messages about race that DC tries to send now, they will be undone by their Cybernetic black mascot. And now they're about to add Cyborg to their cinematic universe. I would love to enjoy the spectacle, but I'm not sure I can now that I know that this unwitting icon of white fear and oppression will be part of the fledgling Justice League that will be appearing in the upcoming film.

So, I did some more digging after I jotted this stuff down. It looks like as of December, 2015, Cyborg's newer powers allowed him to regrow a simulacrum of his original body. And he's able to call upon him more robotic cybernetic form at will. This is the work of writer David Walker who is black. 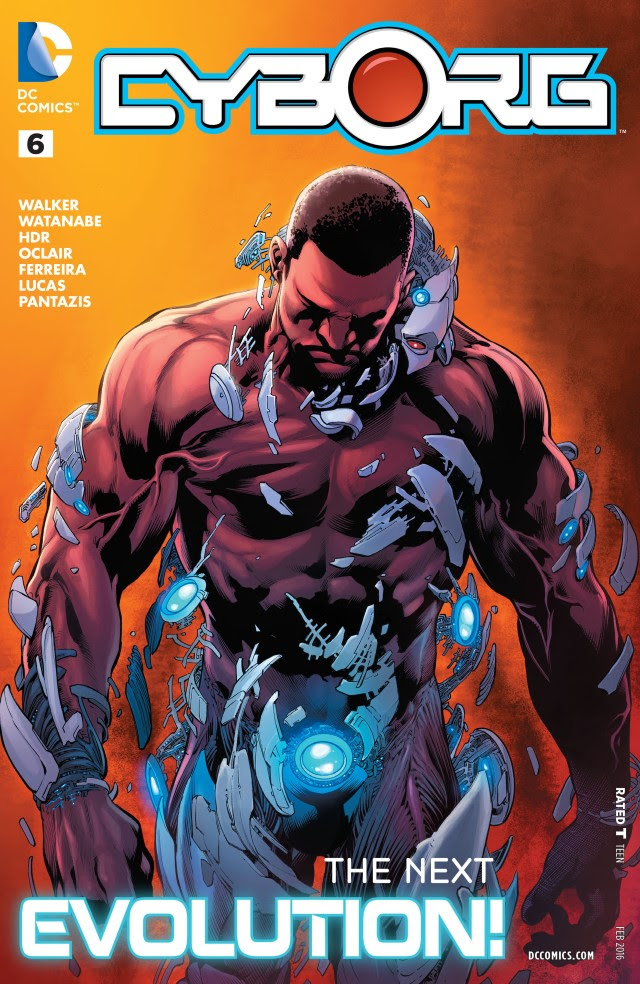 But I also discovered a lot of commentary, and a depressing amount of it from people claiming to black, that says that worrying about Cyborg's dick is nonsense. "Libtard bullshit". "SJW bullshit."

I think that's hilarious. The comic universe full of alien gods who look exactly Caucasian gives you a black hero whose dick and balls were literally blown off...and this seems okay.

Considering how often gangs of white men have castrated black men in this country, you'd think it would raise an eyebrow when the one black guy gets superpowers and super-team membership only after his goddamned genitalia get blown off along with a lot of the rest of him.

The literature's message is clear. The only black guys who fit in are the one's that get neutered. They literally take the type of body they used for forced labor, removed the engine of his sexuality and aggression (which they loathe), and encase him in a machine that they then put to use.

That these conservative and dim-witted folks can't see this really shouldn't come as a surprise. But it still bothers me. Just like it bothers me when people want fundamentalist Christian creationism taught in schools.

There is a trope clearly at work with Cyborg, and it's one based in some of the ugliest history in the Americas. I'm glad DC seems to be coming around about it, even if most of their low-wattage fans don't care.

Here Jordan Peterson says (at 4:03) the borderline personality disorder patient is able to "strategize, abstract, but not implement&quo... 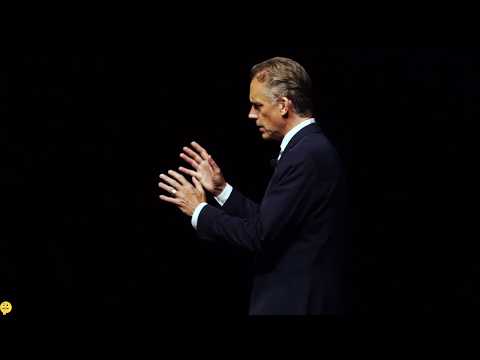